On January 21, 2022, John Mokszycki retired from his position as Superintendent of the Town of Greenport Water & Wastewater Department.

After working as a wastewater operator for the Village of Valatie for two years, John began his career with Greenport in 1988 as Chief Operator of the Wastewater Treatment Plant.  In 2000, John was appointed Water & Wastewater Superintendent for Greenport, and he remained in that position until his retirement.

During his time with Greenport, John oversaw numerous projects benefitting the Town, including two wastewater treatment plant upgrades and multiple slip lining projects for the sewer collection system.  He also initiated a project to remove I & I from the collection system, and oversaw replacement of over 40,000 feet of water mains, saving over 150,000 gallons per day of lost water.  John also oversaw the painting of both a 175,000 gallon and a 1.2 million gallon water storage tank.

John has always been a supporter of NYRWA.  At the request of Patricia Scalera, our former CEO, John traveled to Washington, D.C., on several occasions to meet with our representatives and lobby for support of NYRWA.  On April 7, 2019, John traveled with Jamie Herman, our present CEO, to represent NYRWA before the House of Representatives Clean Water Act Committee regarding the pending clean water infrastructure bill.

After 33 years of dedicated service to the Town of Greenport, John retired in January, 2022, leaving the Water & Wastewater Department in the capable hands of James Rutkey.  John and his wife, Dawn Holsapple, look forward to spending time traveling and visiting family and friends. 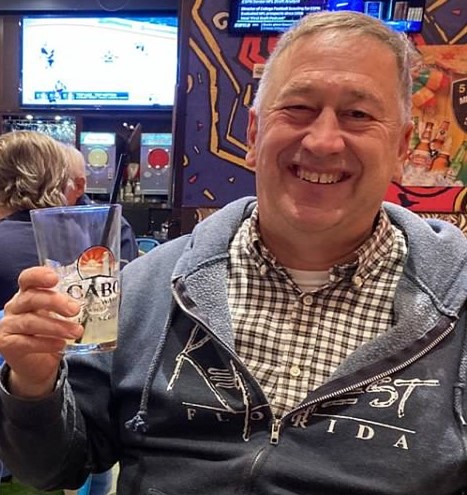